A new study from March 2022 shows that after the use of photobiomodulation therapy, the concentration of healing cells and macrophages in the body increases significantly, which accelerates the fracture healing process, with the effect of the therapy lasting for 2-4 days after application.

Target
The aim of this study was to investigate the effect of bone marrow (BM) photobiomodulation therapy (PBMT) on the concentration of stem cells and other cells in circulating blood (CB) in humans.

Subtext
Circulating stem cells have received increased attention in recent years due to their potential role in regenerative medicine. PBMT has been shown to affect various biological processes.

Methods
The study was conducted on 15 volunteers. A Ga-Al-As diode laser with a wavelength of 808 nm was applied to both tibiae (shinbones) of each volunteer for PBMT on BM. The concentration kinetics of different cells in the CB were monitored by comparing the blood samples relative to their baseline levels before the application of PBMT to the BM. CD-34+ cells and macrophages were identified in CB samples using flow cytometry technology.

Conclusion
Application of PBMT to BM in humans can significantly increase the concentration of CD-34+ cells and macrophages in the CB. These cells can subsequently settle in damaged target organs and improve their function, as previously demonstrated in experimental animal models. In addition, the results may also have clinical relevance with respect to the enrichment of CB in cells that can subsequently be isolated for cell therapy.

The clinical trial registration number is 7/14. 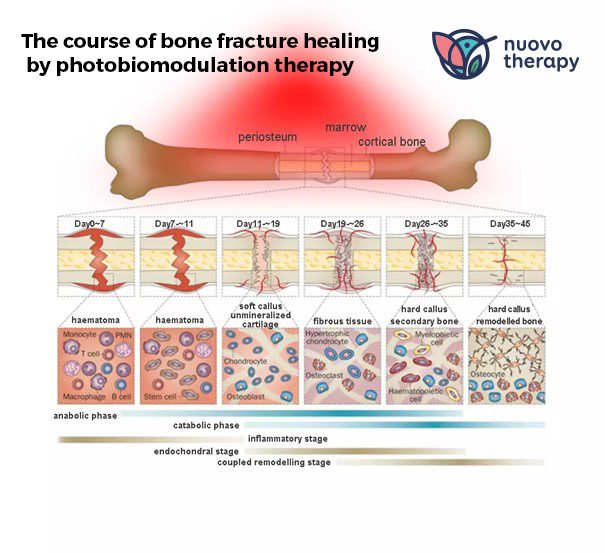